The Beauty of Islam 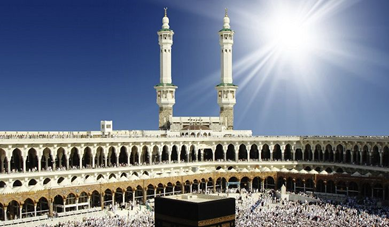 Islam first began in Mecca, which is now a state in Saudi Arabia. Before Islam, people in Mecca were called Quraish. It was a period where people basically did not have any knowledge and were uneducated. Everything in their life was based on doing wrong. During that period, people used to own slaves. Slaves were treated like animals, they used to be beaten even though they did nothing wrong. All their rights were taken away from them, and they could not own any thing and couldn’t go anywhere without asking for permission. Discrimination was built into the society for slaves and women. Women were treated horribly. When people gave birth to new born babies, the only question which came to people’s minds was to ask if that new born baby is a boy or a girl. If the answer was boy, they jump into the sky showing their happiness. People would create parties and invite people to their houses to celebrate how blessed they were by having a boy. If the answer was a girl, then their face would turn red from being ashamed. People used to bury girls a live once they were born, to avoid the shame on the family.

The Quraish used to worship statues that were created by their own hands. Interestingly, they created their own statue god from sweets, and during night when they felt hungry, they started to eat their own god. When Islam came about it, changed everything. It teaches people a lot of beautiful things, such as humanity. Islam teaches people that everyone is equal, and nobody is better than anyone. In addition, we should treat people the way we want to be treated. In Islam, we are taught to never make fun of anybody, because what goes around comes around. It also teaches people how to change their minds. Muslims are taught to think about how the world was created, in order to find a true god, rather than making their own god. A statue can never ever be a god in Islam. Islam also teaches people how to be fair and to never judge any one. In Islam, women’s rights are protected compare to days before Islam. The religion teaches people that a woman can never bring shame, because women are a blessings to our society. Islam also ended slavery. It gave rights and freedom to everyone. Muslims are taught to love and care about people before they care about themselves. Islam taught all the Muslims how  respect all the other religions. Religion should not be forced upon anyone. For Muslims, Islam is the constitution of life, where everyone in society is given their rights. Islam also urges justice and equality among people. For Muslims, the world is a beautiful world filled with mercy.