What Does It Mean To Be A Teenager Today? 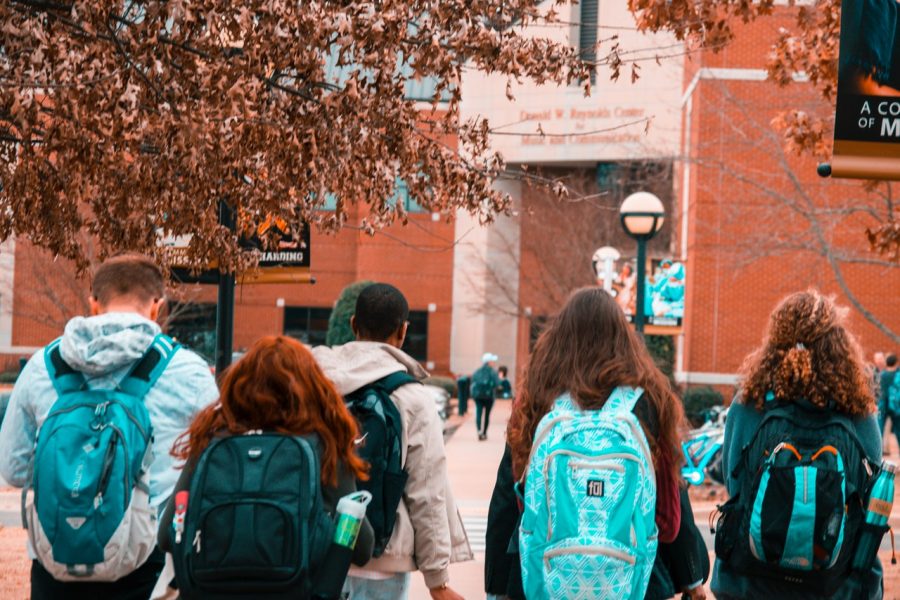 Teenagers today, we can be defined in a variety of ways by so many people. To me, though, being a teenager living in today’s political and changing societal climate is challenging. While some teenagers worry about the latest trends in lingo, fashion, and internet crazes, I worry about how the actions of our current political leaders and society are going to significantly impact the future, a future which is left to us and countless generations to come.

Being a teenager sucks because of all the responsibilities placed upon us by family and society in general. As teenagers, we are expected to commit to receiving an education, balancing our family problems with our social lives, working part-time or full-time jobs, all while being model citizens. However, we are treated like children, but also like adults at the same time, which is contradicting. Teens are treated like children, yet we are expected to act like adults.

Much of the time, going to school isn’t a big priority due to the fact that many of these issues do affect many teens. We’re told to worry about going to school and to not focus on trivial matters such as politics, when many adults ridicule us for not “being aware” of current events. This is not true. Many teens today are very knowledgeable and informed about current social and political issues, and in many cases, teens have been the foundation of many changes with these issues. For example, if we look back to the 1960s and 1970s, the Students for a Democratic Society (SDS) was known for its activism against the Vietnam War and war draft of students as young as 18. Their activism during the Vietnam war had an impact, because the 26th amendment was passed which states, “The right of citizens of the United States, who are eighteen years of age or older, to vote shall not be denied or abridged by the United States or by any State on account of age.” Today, teenagers are worrying about war with other foreign countries, such as the recent incident between the United States of America and Iran which sparked fears of another war draft, especially among students enrolled in college.

Besides recent tensions with Iran, and other countries like Russia and Ukraine, the issue of climate change has also been a heavy topic with teenagers. Climate change is drastically changing our world at a fast pace. If something isn’t done in order to prevent it, we will be facing a series of repercussions like rising water-levels and temperatures. If climate change isn’t being addressed, the world we will be leaving behind for our children and future generations to come won’t be here anymore. Many teenagers are on the front lines of this issue of climate change, advocating for a better lifestyle and for cleaner environments. Greta Thunberg, Jayden Foytlin, Haven Coleman, and Xiuhtezcatl Martinez are a few of the many teenage climate change activists looking for a change. Many teenagers are also deeply engaged in activism for stricter gun-control laws as the United States of America is the breeding ground of mass shootings, particularly in schools that have children fearing their well being and safety in places that are supposed to be safe. Many adults, especially right-winged and conservative politicians believe that teenagers should not be engaged in politics at all, and they ridicule us for bringing up topics that concern us and the future of America. Teenagers are more than capable of making an impact in politics and should have their voices be heard and not silenced.

Being a teenager today is difficult. Although many teens, through generations, have faced many difficult challenges and decisions, teens today have many more problems to deal with. Today, everything is about money.  What we want to do with our lives is deeply rooted in political and societal issues. The weight of the world is on our shoulders, as we “start” to become adults.