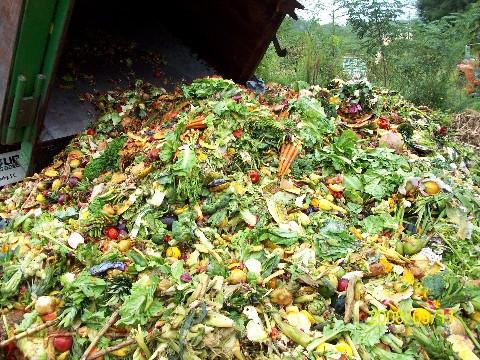 As population grows, it is becoming increasingly clear that hunger across the planet is a problem. Millions of people are starving and have barely enough scraps to survive. With this in mind, it would be expected that countries such as America are doing as much as they can to preserve and make use of the food that they have. Interestingly, this is not the case. The Natural Resources Defense Council reports that Americans waste up to 40% of their food! This number is staggering. In fact, it is equivalent to buying 5 bags of food at the grocery store, dropping 2, and leaving them there (analogy provided by Dana Gunders of the NRDC).

A main cause of our waste problem lies in the practice of overstocking. This, as the name suggests, is when food outlets purchase greater than necessary amounts of food. This is due to a psychological phenomenon where seeing the last bushel of broccoli, for example, is less appetizing than seeing that same one in a pile. As a result, most of the food is sold, but there is still a large portion not being sold due to the underlying “what’s wrong with that last one” notion. Another widespread cause of waste is the notorious “expiration date.” The set of numbers that sit on top of every carton of milk strikes uneasiness into almost all consumers. In fact, according to a study done by the NRDC, 91% of consumers reported that they, sometimes, threw food away just because of the expiration date. Inconsistencies in the labeling of the dates are also key as pointed out by Michael Hansen. He shows that the same brand of 2% milk is labeled as “Sell by,” “Best by,” and simply a date.  The most ridiculous part of all of this is that the date is just a guess by the manufacturers, and it has little to no scientific backing. The overall effect all of this has is that supermarkets throw out food, rather than donate out of fear of getting sued- though that is a legal misconception if done with good intent (Emerson Act).

With all of this information in mind, the question of “What can we do?” arises. Between the inaccuracies of expiration dates (which are specifically crafted to make you buy food quicker) and different misconceptions about food sale and distribution, there is little room for improvement within the system. However, that doesn’t mean that the average consumer can’t make a difference. Everything begins with a trip to the supermarket and not neglecting the last bundle of oranges, and finishes, with the complete utilization of food whether it be through donation or consumption. Food is not something to take for granted.  As the world gets smaller and smaller, and our population gets bigger and bigger, we can’t forget that the Earth is running thin on resources. We have to make as much use of it as we can.