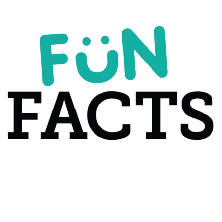 1. Thomas Edison taught his second wife Morse Code, so they could communicate in secret by tapping each other’s hands when her family was around.
2. The engine on the BMW M5 is so quiet, the company plays fake engine noises through the speakers to “remind” drivers of their car’s performance.
3. The man who once had the longest beard in the world died when he broke his neck after accidently stepping on it.
4. Creative people have a short attention span, are easily distracted and tend to talk to themselves more often.
5. The former deceased dictator of North Korea, Kim Jong II, official biography listed a 38 shot round of golf, ability to control weather, he never needed to poop, and he was credited with inventing the hamburger.
6. An American Soldier from the Korean War was given the Medal of Honor for killing 5 Chinese soldiers… 4 with his bare hands… while giving medical aid to his comrades… after being shot. His name was David B. Bleak.
7. Old people smell is actually caused by a chemical, 2-nonenal that old people secrete through their skin.
8. The Sahara is only in a dry period and is expected to be green again in 15,000 years.
9. Octopi are the only conscious invertebrates and have cognitive thinking abilities, individual emotions, and personalities. They even form relationships with humans.
10. Mico headphones read your brainwaves and select music based on your state of mind.
11. In 1927 several million people in the United States sent over 100,000 petitions urging Congress to adopt the metric system.
12. Hawaii is the happiest and least stressed state in the US.
13. West Virginia is the unhappiest and the most stressed state.
14. Before Nazis used the salute commonly referred to as the “Hitler Salute,” Americans did it while saying the Pledge of Allegiance.
15. When the temperature is so high creating bush fires, it may lead to a Fire Tornado.
16. Your Nose is connected to the memory center of your brain, that’s why smells can trigger powerful memories.
17. Eleanor Roosevelt allowed only female journalists at her press conferences, ensuring that newspapers would have to hire women.
18. The founder of McDonald’s has a Bachelor degree in Hamburgerology.
19. In Tunisia you can book an overnight stay in Luke Skywalker’s boyhood home for only $10.
20. The artificial sweetener sucralose (splenda) was discovered when a researcher misheard the command “test this chemical” as “taste this chemical.”