She Needs the Toilet. 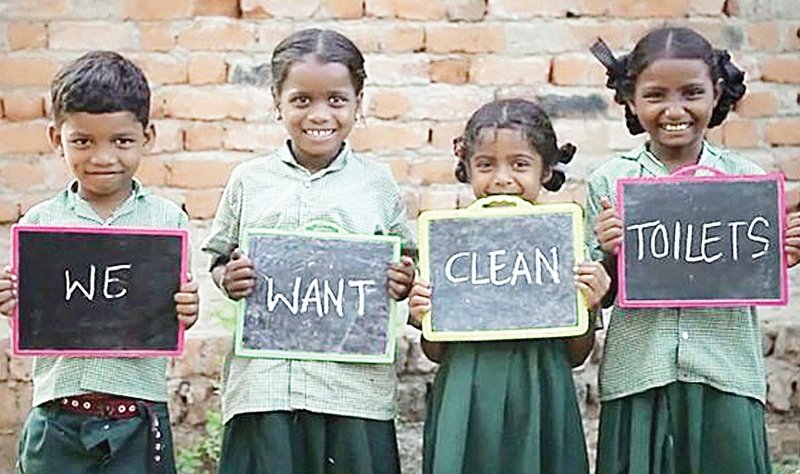 Can you imagine living in a place where people relieve themselves in public? Or a place where there’s no flush for the toilet?  You may think this is ridiculous. But this is what life is like in many parts of India.

Living in a modern country, many people may assume there should always be toilets that are built somewhere, since they are basic human needs in a society. For a developing country like India, toilets are one of the biggest social concerns these days. There aren’t enough toilets for 1.3 billion people. The Indian census in 2011 showed only 46.9 percent of the 246.6 million households in India had their own toilets. Furthermore, most of the toilets do not have water for cleaning. This poor sanitation has led to diseases like diarrhea and dysentery, which threatens lives of children worldwide.

The lack of facilities threatens women’s safety, rights, and dignity. Women are too scared to go to toilets without lights. It becomes a daily scene when rural women, carrying water, go out in groups for defecation before sunrise, which prevents them from taunts and sexual assaults.

One of the obstructions to building sanitized toilets is the public’s toilet-rejection in India, according to Shyama V. Raman’s, Why it’s easier for India to get to Mars than to tackle its toilet challenge.( Retrieved from https://theconversation.com/why-its-easier-for-india-to-get-to-mars-than-to-tackle-its-toilet-challenge-69015). For men, open defecation saves water and offers a breezy environment as well as an easy excuse to escape from their wives and mothers. For old women, it prevents the younger girls and women to discuss ideas and hang out together, which are not allowed in many regions of India.

Hearing from men and social opinions, the voice of women were neglected. According to a married Indian woman, living in his husband’s household without toilet, “ Every day was agony.” Notwithstanding the remarkable change of women’s positions in recent years, there are still few people who care about their feelings and thoughts.  Their safety and health are threatened by the shortage of sanitized toilets. This reveals the lack of public respect for women’s rights and dignity, which substantially hinders the construction of toilets in India.

India is rising as a strong technological nation, nevertheless, as the industry of technology develop. Solving social issues for public welfare should be taken into consideration as well. After all, every person deserves the right to go to the bathroom.