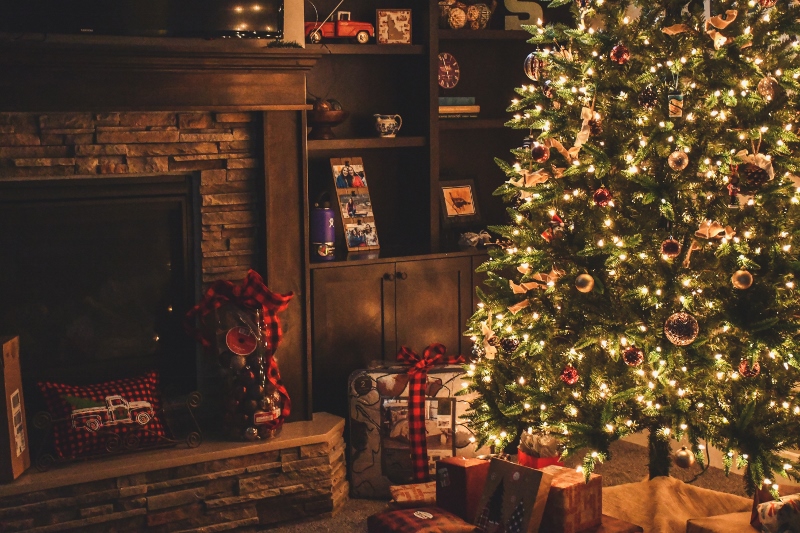 Christmas has been around for hundreds of years. Most believe that its origins are based primarily around the birth of Jesus Christ, that when people celebrate Christmas, they are celebrating his birthday. People also believe the foundation for the gifts we get are the three kings (or wise men) that came to Jesus on his birthday and gave him gifts. This, however, isn’t true. The holiday has been around long before Jesus.

How did Christmas start?

The original name for the holiday that is celebrated on the 25th of December is the Winter Solstice. The Winter Solstice is in short, the middle of winter, the time when the sun starts to come back, but the days get longer. The middle of winter has been celebrated all around the world for a very long time. Centuries before the arrival of the man called Jesus, early Europeans celebrated light and birth in the darkest days of winter. Many civilizations rejoiced during the winter solstice, when the worst of the winter was behind them and they could look forward to longer days and extended hours of sunlight. The dates and traditions of the winter solstice, however, were different for each society.

The main roots of the Christmas we know today comes from a merger of two celebrations of the Winter Solstice from two different cultures. The German/Scandinavian holiday Yule and the Roman holiday Saturnalia.

Yule was celebrated in Scandinavia and in Germany. In Scandinavia, the Norse celebrated Yule from December 21, the winter solstice, through till late January. In recognition of the return of the sun, men of all ages would get large logs, which they would set on fire. The people would feast until the log burned out, which could take as many as 12 days. The Norse believed that each spark from the fire represented a new pig or calf that would be born during the coming year. During the time period when it was celebrated, most of the cattle were slaughtered, so they would not have to be fed during the winter. For many, it was the only time of year when they had a supply of fresh meat. In addition, most wine and beer made during the year was finally fermented and ready for drinking. So, the Norse having the opportunity, partied and celebrated the winter solstice as well as the coming year.

In Germany on the other hand, people honored the pagan god Oden during the mid-winter holiday. Germans were terrified of Oden, as they believed he made nocturnal flights through the sky to observe his people, and then decide who would prosper or perish. Because of his presence, many people chose to stay inside and honor him by drinking and eating in his name.

In Rome, Saturnalia was a holiday in honor of Saturn, the Roman god of agriculture. Beginning in the week leading up to the winter solstice, and continuing for a full month, Saturnalia was a hedonistic time, in which people were engaged in the pursuit of pleasure. During which food and drink were plentiful and the normal Roman social order was turned upside down. For a month, slaves would become masters. Peasants were in command of the city. Business and schools were closed, so that everyone could join in the fun. In addition to the actual holiday of Saturnalia, members of the upper classes often celebrated the birthday of Mithra, the god of the unconquerable sun, on December 25.

It was believed that Mithra, an infant god, was born of a rock. For some Romans, Mithra’s birthday was the most sacred day of the year, which is why when the official religion of the Roman Empire became Christianity, Christians decided to celebrate Jesus’s birth on this day, and it became official. There wasn’t actually any definitive date in early years of Christianity that stated when he was born until it became the religion of Rome. Although, Mormons say it was April 6th there’s no proof, and the date of December 25th started to be associated with his birth. There’s a little discrepancy about it, but there’s no question of the fact that Saturnalia was celebrated in Rome as an important day with gift giving, candle lighting, and singing and decorating houses, which really cemented Christmas as December 25.

Where did the traditions of the Christmas tree, caroling, and mistletoe come from? Caroling came from the Germanic and Norse traditions of wassailing, which was basically a tradition of drunk people during Yule, going from house to house singing to their neighbors’ good health. The Mistletoe was considered a magical plant by the Norse, it stood as a neutral ground for feuding Norse tribes, who laid down their weapons in order to negotiate beneath the peace plant. The Druids thought it could protect them from thunder and lightning, as well. The Romans practiced fertility rituals beneath the mistletoe which is where the kiss tradition came from. The Christmas trees (evergreens) signaled the “return of life” and “light” as the winter solstice meant the days were starting to get longer, this was a Pagan belief.

These two holidays celebrated by the Norse and by the Romans are considered as pagan. Pagan means a person holding religious beliefs other than those of the main world religions, and at first Christianity interpreted these holidays as such. But once it became a more widespread religion, it merged with them and started to refer to them as hedonistic, which was in short another word for pagan. So, while the idea of celebrating Jesus’s birth on December 25th came from the Christians, traditions of the holiday were adapted primarily from the cultures of Romans and Norse.