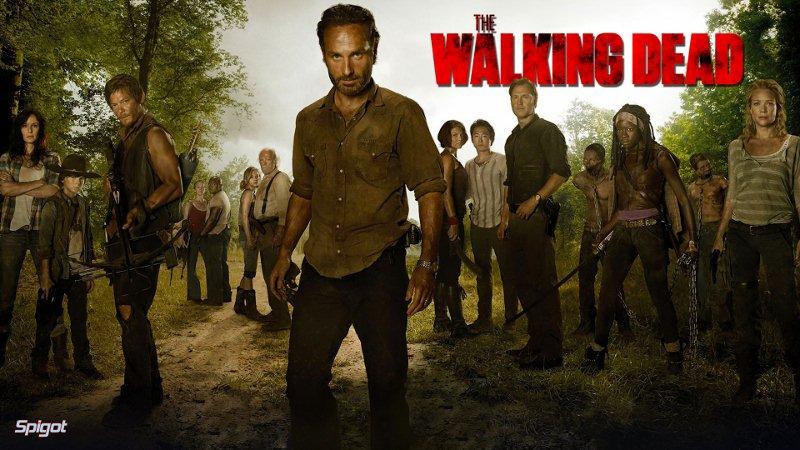 The Walking Dead is a horror-drama series developed by Frank Darabont.  It is based upon the comic book series of the same name by Robert Kirkman, Tony Moore, and Charlie Adlard. The series first aired on October 31, 2010, and it is currently mid-season in season five. The show airs every Sunday at 9 pm on AMC.  Last Sunday’s show was the shows mid-season finale, where there will be a short break in the series until February. The show follows Rick Grimes, a police sheriff that awakes in a hospital after a coma from a bullet wound to the back. Throughout season one, Rick is in search of his family and meets many different personalities along the way, including his lost family. The series takes place in Georgia, in a multitude of areas, ranging from downtown Atlanta, to a farm, to the most recent- a prison. Each day, Rick and his group, that is constantly changing, face difficult challenges, from lack of food to the infamous “Governor.” Each day tests the group and Rick’s sanity. As one of the most famous television series of the decade, The Walking Dead never disappoints and always keeps the viewer on the edge of their seat. The series spares no expense on brutal death scenes including the brain-dead horde. Seasons 1-4 are on Netflix, and if you missed season five, unfortunately you must wait until next October for it to arrive on Netflix.

If you haven’t missed any of the series, I highly recommend you stay up that extra hour to watch Talking Dead. Hosted by Chris Hardwick, Talking Dead is a live talk show that features celebrity guests, including some cast members. On the talk show, they hold a poll for that week’s episode, feature fan’s Dead Yourself entries, go over the latest episode, and go through the work put into a single scene. I truly enjoy this series and always become impatient during the week waiting until Sunday. I highly recommend The Walking Dead to any zombie-lover who hasn’t already watched it, whoever has time to waste, or those who just need a little excitement before another dreary Monday.