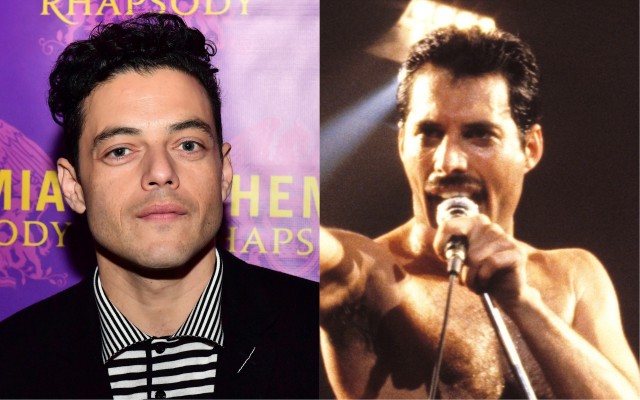 After announcing the film project for Queen ten years ago, the most anticipating biopic of the year—Bohemian Rhapsody—finally opened in theaters on Nov 2. Bohemian Rhapsody is a celebration of Queen, their music, and their lead singer Freddie Mercury. Mercury defied stereotypes and shattered convention to become one of the most beloved entertainers on the planet. The film traces the rise of the band through their songs and revolutionary sound, their near-implosion as Mercury’s lifestyle spirals out of control, and their triumphant reunion on the eve of Live Aid, where Mercury, facing a life-threatening illness, leads the band in one of the greatest performances in the history of rock music. In the process, cementing the legacy of a band that was always more like a family, and who continue to inspire outsiders, dreamers and music lovers to this day. The title of the movie comes from one of Queen’s most popular song—Bohemian Rhapsody. It is UK’s third-best-selling single of all time, and it topped the list on a nationwide poll in the UK to find “The Nation’s Favorite Number One” over 60 years of music.

The highlight of this movie is unarguably the recreation of Queen’s performance in the Live Aid concert. The 1985 Live Aid concert was one of the largest-scale satellite link-ups and television broadcasts of all time: an estimated audience of 1.9 billion across 150 nations, nearly 40% of the world population, watched the live broadcast. This twenty-one-minute performance was voted the greatest live performance in the history of rock in a 2005 industry poll. Now, the Live Aid performance in the movie is blowing people away and is still as breathtaking as it was over three decades ago. Many fans are pointing out how incredibly accurate actor Rami Malek’s portrayal of Mercury is. In a recent interview, Malek described how he watched a YouTube clip of the 1985 performance over 1,500 times to get Mercury’s gestures and movements down pat. With what he said, it is not surprised to find that the similarities were unbelievably accurate from the placement of Pepsi cups littered on Mercury’s piano to Mercury’s facial expressions and gestures.

This movie will make you wish you were born in that era listening to their music. It was so surreal to see the rise of one of the most iconic bands of the modern era on screen. The case was so extraordinary that I felt like I was watching Queen. After watching it, I just wish I could go back into those good old days, when society had more integrity, when people had more faith in their future, and when rock music could connect the world across races and nations. This movie is a must-see for all the music—especially retro 80s music—lovers. Anyone, whether a fan of Queens or not, would resonate with Queen’s story and go through a roller-coaster of emotions along the movie.