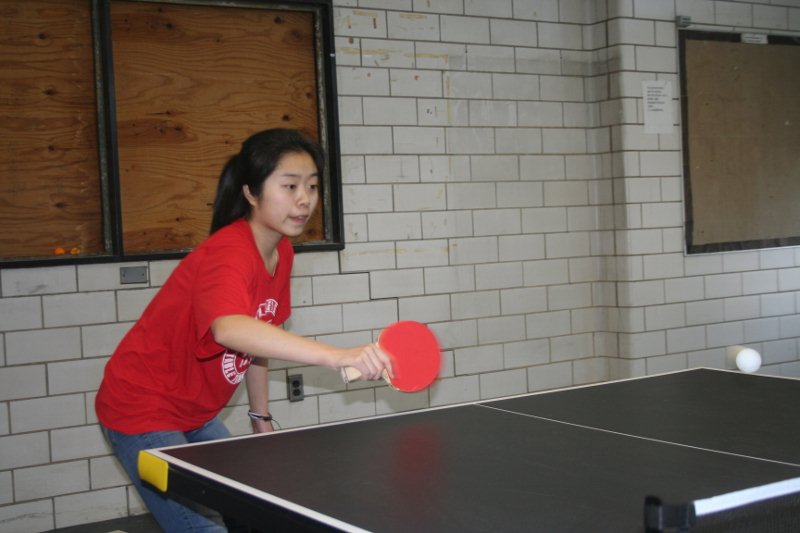 This month’s Female Athlete of the Month is Yang Zhang for her outstanding efforts on the Table Tennis team. Seeing as the Table Tennis team was a newly added team to our High School, Yang found it intriguing and decided to join for the fun that comes out from the sport. Though Yang admits that she never expected the people she would meet or the experience she would gain in such a short period of time. Yang’s most memorable moment so far has been the practice that she goes through and awaits the moment until she can go against other schools. Yang also appreciates a variety of sports such as basketball. One of Yang’s greatest achievements, she remembers back to her elementary and middle schools in Oklahoma where she was able to join the Girls Basketball Team. Yang also ranking as the second top student in the school, she finds pleasure in the Sciences because of its logical reasoning and explanation behind everything. Yang recommends to future students to not join a sport unless you can actually dedicate yourself to it and finds that being an athlete takes a lot of time from your day. Yang an AP and Honors student believes that her improvements in the sport have brought her the praise she receives today and she would like to thank Mr. Sullivan and Mr. Stanco for their mentoring.