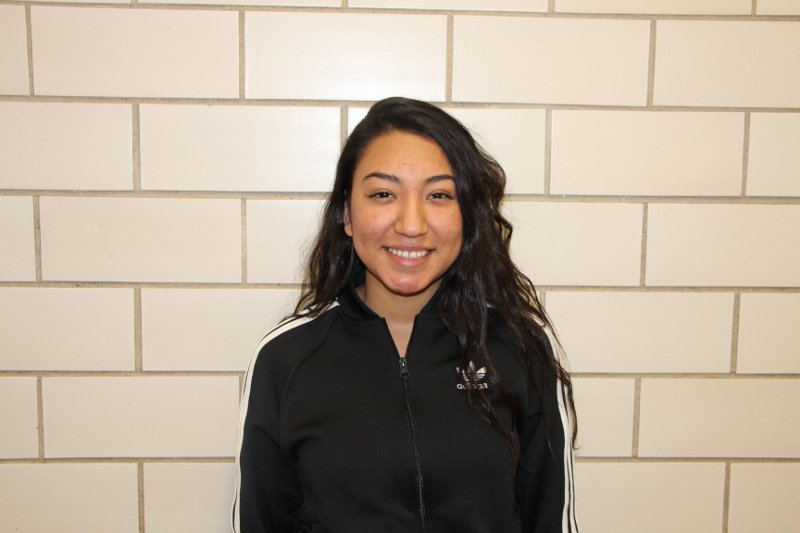 Congratulations to Sara Henriquez, the Female Athlete of the Month. Sara comes from a strong basketball background. Before attending FDR, Sara played for the El Salvadorian National team (16 and 17 year olds). Basketball is very popular in El Salvador. According to Sara, it is even more popular than soccer. She led the Lady Cougars last year, scoring 12 points a game, with 5 rebounds a game. Her goal this year is to lead the Cougars to a winning season. Sara was selected for her winning attitude and hard work on the court.

Sara really likes attending FDR. She thinks the teachers do a good job. What she likes most are all the resources for ELL students. Sara believes that a school as diverse at FDR can really help students understand other cultures. Her English has improved a lot over the last year, thanks to the programs at FDR.

Sara’s strength, as an athlete, is her ability to score. She also enjoys teaching and sharing her knowledge about the game with her teammates. Her greatest weakness as a player is her speed. She would like to move faster during the games, however, her general knowledge about offense and defense helps her to get in position to make plays. While Sara has not had the time to join other clubs or teams, she encourages new students to get involved. Her advice to a younger athletes would be to practice hard and put in extra effort. More effort equals more opportunity!