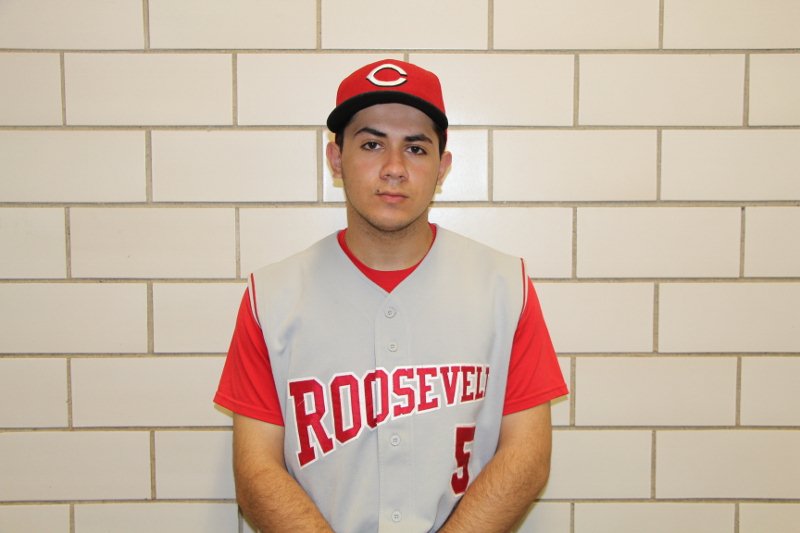 It is an honor to award to the Male Athlete of the Month to no other than James Barasch. You may know him around as “Jimmy,” but James has been an outstanding four year veteran for the FDR baseball team. Not only did he earn himself the title of being the captain, but he was one of the biggest reasons for the team’s success this year. Through 16 games, James was scorching hot- batting almost .500, with twenty RBI, and sixteen runs.

James believed he was chosen to be Male Athlete of the Month, because he helped get the FDR’s baseball team into the playoffs for two years in a row. Not to mention showcasing his leadership skills throughout the years. He is clearly passionate about the sport and about representing FDR. James was also apart of the Varsity Bowling Team. In addition, he joined the Student Ambassadors to be more involved at the school and let others know about FDR. He loves attending FDR and stated that his time here has been a great experience. James is thankful for the many great people he met here at FDR, as they have had a huge impact on him in school and on the baseball field. He gives a huge shout-out to Coach P, Coach Garcia, Mr. Gottlieb, and Ms. Turturro.

James does have a weakness though. He does not have the greatest poker face which allows people to see his emotions, which normally happens when he is mad.  This the doesn’t change the fact that his leadership is one of his biggest strengths. He has the ability to pick up people, whenever they make a mistake, or get them back to playing 100 percent. Of course when he’s in the zone, he will strike anyone out with his nasty curve.

Some advice he would give to aspiring or rookie athletes at FDR is to always be yourself and not try to change to impress people. He also stresses to focus on your schoolwork and have great time management when you’re on a sports team. He states that not only are you hurting yourself, but you’re also hurting your team by failing off.