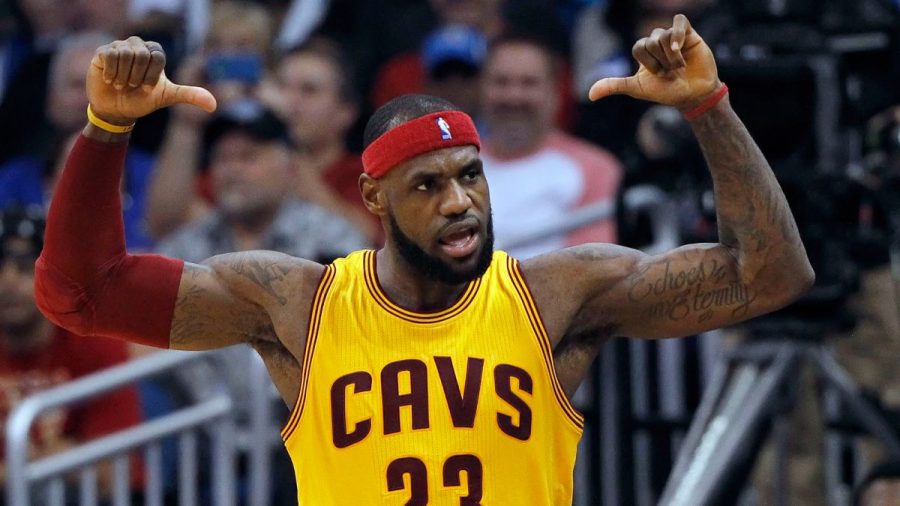 As mid April rapidly approaches, the NBA Playoffs race has stirred up significantly with many teams making a late season push to try and join the Association’s big dance. The top seed in the East is currently up for grabs as the Celtics sit tied the first seed, and the Wizards who now sit third in the East are 4 games back from the first seed. The Raptors have fallen out of a top 3 spot in the conference after Lowry went down with surgery. This could prove problematic for a Raptors team that tends to play worse without Lowry, and falling out of the top 3 means they’ll likely play Cleveland in a second round match-up, which is a circumstance every eastern playoff team would like to avoid. The western conference playoff picture could take up to the last day of the regular season to finally shape up. The 4-7 seeds in the western conference are very tight in the wins column, which means that only a few games separate a team from being 4th or being 7th. This could end up shaking up each playoff series as of now come the end of the regular season.

There’s only a handful of teams worthy of playoff praise due to them being in the position they are despite off season predictions and their play earlier in the season. The Houston Rockets sit comfortable with a clinched playoff spot as the third seed in the West led by the stellar play of MVP candidate James Harden. However, many believed the Rockets to be a lost cause this season since their defense was a major concern coming into the season. The Rockets have since redefined themselves into a three point heavy offense that is incredibly hard to stop. No one was expecting a top 3 seed from James Harden which is why the Rockets have a spot on this list.
Another team that’s likely to crash the West playoff party is Westbrook’s Oklahoma City Thunder. The Thunder are currently sixth in the conference. OKC is 2.5 games back from gaining home court advantage in the first round. Coming into the season for the first time ever without Kevin Durant had many people skeptical, and in response to that many counted the Thunder out of the playoff picture. Russell Westbrook did not let the outside criticism get to him, but instead put the team completely on his back (31.2 PPG, 10.5 REB, 10.4 AST) to get them to where they are now: an 8th straight season with a .500 and better record. If Russ manages to obtain a top 4 seed, the MVP race as well as the playoff race would instantly heat up more.

The Washington Wizards are another team deserving of praise for their play this season. After starting off 6-13, they’ve had the best record in the eastern conference since January 1st, and sit comfortably as the conference’s third seed. Led by the dynamic duo of Bradley Beal and John Wall, and the underrated coaching of Scott Brooks, the Wizards saved their season and became a legitimate contender in the eastern conference.

One of the last two teams to round out this list is the Utah Jazz. Led by first time all star Gordon Hayward and legitimate defensive player of the year candidate Rudy Gobert. The Jazz should have made the playoffs last year but they encountered too many key injuries to key players and eventually finished 9th in the west missing the playoffs by 1 game. This year however, the Jazz are a top 2 defensive team and sit fourth in the conference. The Jazz are on their way to make the playoffs for the first time since 2012.

The last team worthy of appreciation is the Miami Heat. The Heat have done something that is very rare in the regular season. The Heat went 11-30 in their first 41 games and now sit with the 8th seed in the conference. A 24-6 stretch that included a 14 game winning streak vaulted the Heat into playoff contention with the chance to finish as high as the 5th seed. The Heat organization from Spoelstra’s coaching staff to the Heat’s players deserve a ton of credit for going from a top 5 pick in the lottery to having a playoff spot. Hassan Whiteside and Goran Dragic along with the rejuvenated help from Dion Waiters and the recent incredible play from Tyler Johnson have the Heat in good position to nag a playoff berth.

The teams mentioned above have endured tough stretches of their own and have been consistent in their respective conference’s playoff race as the season winds down. With 12 more games left to go, you could never be sure about who ends up where.