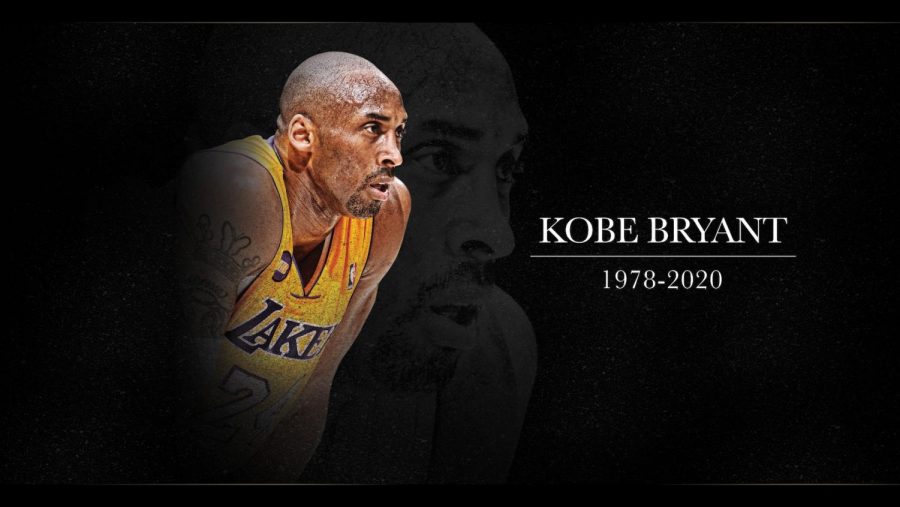 NBA legend, Kobe Bryant, died at 41 years of age on Jan. 26, 2020. In Calabasas, California, Bryant and his 13-year-old daughter, Gianna, were among nine people killed in a helicopter crash. In 1996, Bryant joined the NBA straight out of high school. His influence played a major role in the NBA and Basketball. Players, coaches, and fans around the world mourned Bryant’s death. His mamba mentality is still with many people today.

Kobe went through his 20-year career with the Los Angeles Lakers as a shooting guard. Considered one of the best players of all time, Bryant helped the Lakers win five NBA titles and was an 18-time All-Star, a 15-time All-NBA Team, a 12-time All-Defensive Team, and the 2008 NBA Most Valuable Player (MVP). Bryant has led the NBA twice in scoring titles and positions fourth in the class’s record-breaking standard period. Throughout his career, Kobe Bryant was best known for his determination, hard work, and mentality. Throughout his rookie season, Kobe went up against a 33-year-old Michael Jordan. Kobe wanted to prove he could compete with one of the greats as a rookie; it did not go so well for Kobe. His failure led him to work harder; to be better than Michael Jordan, he had to prove he was the real deal. Three seasons later, he would team-up with Shaquille O’Neal and win three NBA titles, and more after that. However, the most jaw-dropping performance he made was his career-high 81 point game against the Toronto Raptors in 2006. A Career-High 81, the second-most points scored in a game behind Wilt Chamberlain’s 100 points.

A young man named Christopher Huerta realized that Kobe Bryant’s goal-setting approach could push him to lose weight and live a healthier lifestyle. Christopher went through a tough childhood; his parents would argue every day and eventually get divorced. In addition, his uncle and his friend would die later on. He was depressed, and eating was an addiction to him. One day he looked at himself and thought about change; with Kobe’s Mamba Mentality, his friend helped create a meal and workout plan for Christopher. With little achievements earned, he would later extend his list and lose 170 pounds. He still works out to this day, and he is “in the best shape” of his life. Such achievements show the magnitude of Kobe Bryant’s influence, motivation, and the legendary aurora to his name.

Kobe Bryant’s death has affected many people, not just for the Basketball community but for everyone. Kobe left us his Mamba Mentality; if you want something, you will always get it. You have to earn it; hunger is what drives us to achieve that success. Rest in peace Kobe Bryant. Mamba Out!