The Boys Table Tennis- The Pride of FDR 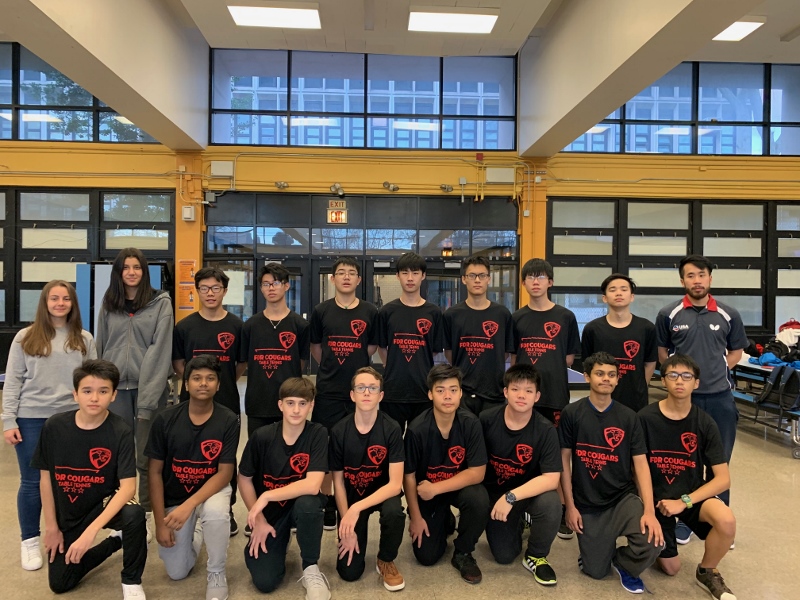 The Boys Table Tennis team had a terrific season and made a great run in the playoffs. From different coaching techniques utilized by Coach Lam, to excellent players that led the team to big victories, the Boys Table Tennis team had a good shot to win it all this year. The Cougars almost upset Brooklyn Tech, this year’s City Champs, to make it to the PSAL finals vs Bronx Science. While the they did not make it all the way, the Cougars did achieve quite a year. They defeated Stuyvesant 5-0 in the second round of the playoffs. It was the first time FDR has ever beaten Stuyvesant! The New Dealer was lucky to interview Coach Lam about his team.

Q: Of all the coaching strategies you use, which do you feel works best for the team?

A: The team records all scrimmages, and we watch the film together. The players identify mistakes they may have made, and from seeing their mistakes, it gives our players a chance to self-assess and improve their individual game. I believe this technique really makes the team better.

Q: Do you fell that any player on the team has taken a leadership role?

A: Shangli Chen is a sophomore, and he is the youngest player in the starting lineup. He is the most mature player on the team. He knows what it takes to be a successful player at the varsity level. He leads by example and does what is best for the team.

Q: What schools do you feel give you the most competition?

A: Murrow has always been competitive. I always look forward to playing against Murrow, because I can identify team weaknesses and how I can go about correcting mistakes the team makes. From this, I can prepare the team differently for future meetings against Murrow.

Q: You made a deep of a playoff run this year. What made the playoffs so competitive?

A: This year many teams were evenly matched, and many teams had a good a chance to win it all. It all depends on who’s more prepared on game day. Whoever, wins that close game was going to be City Champs. This year it was Brooklyn Tech.

Q: Do you feel that newer players on the team can carry the team to success within the next couple of years?

A: Andy Wen, who is a junior, has the best top-spin in the city, and he is a top 10 player in the whole city. He has a bright future on the team.

A big congratulations, to Coach Lam and the Boys Table Tennis team for a great year. They are truly becoming the Pride of FDR!