Bowling Team Back On The Up!

Bowlers Always Have Time To Spare 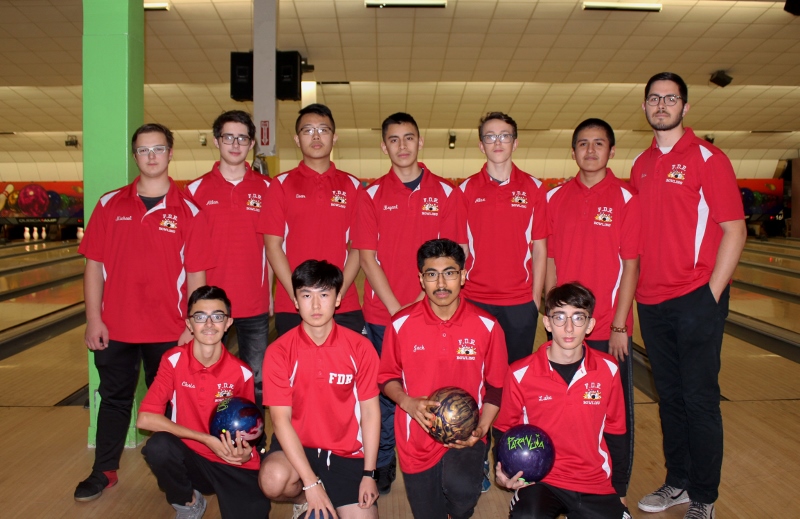 Despite a rough season, ending with the loss in the first playoff game last year (2018-19), FDR’s Bowling Team is back on the rise and finished as Division Champs! Coach Joshua Hans, and a brand-new roster, helped the team thrive and improve in every way.

At the beginning of the season, the team’s prosperity was extremely unpredictable. The first match played was against a tough opponent, James Madison, who showed their competitiveness and won, scoring 2-1. However, after multiple practices under a dedicated, Coach Hans, the team was brought back on the right path. Brooklyn Studio, Grady, Lafayette, and other schools became an easy targets, and the hope of being on top was restored. After several wins, our team significantly improved and showed signs of eagerness to win. This was the time to re-challenge themselves with James Madison and decide which school had grown the most. FDR, in one game, beat Madison with a score of 657 versus 553 and showed the real Cougar spirit. Cougars never give up and only become better as time passes. The rest of the games against other schools only gained the confidence of the team, which resulted in the overall of ten wins and only two losses.

After a successful end of all the games in our division, FDR advanced to play in playoffs. Our team had knocked so many pins that we were placed 12th in the city, and were moved to Round 1, skipping a preliminary round. The first opponent was Hunter High School, which is located in Manhattan, and the game was determined to be placed at Shell Lanes, our home lanes. Even though this game was to our advantage, the match was exceedingly difficult to win. Team A lost their first game, and thanks to Team B, our team still had a chance. The last game was played, and the FDR team, after several frustrations, won and advanced to the next round. This game became a motivation and example to not underestimate opponents and take every single match seriously. The greatest challenge to the team was yet to come.

The next and final match was against Scholars Academy at Funfest Lanes. The commute was long, and the lanes the team played on were unfamiliar. Some members put up some strikes and spares at the beginning making the Scholars Academy feel uncomfortable. However, as the game went on, Academy gained its confidence through support, and consecutively, won the game. This became the last match of FDR’s Bowling Team this season; however, it was a fantastic game to remember and a great chance to reflect on the achievements the team has made in just three months (one season). 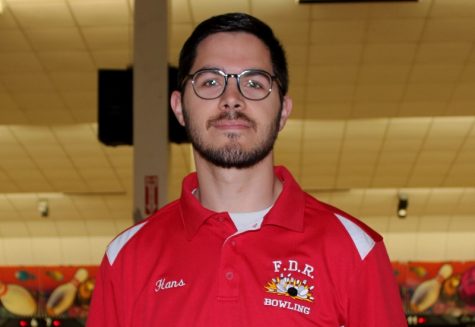 Although it is essential to mention the success of the team as a whole, it is as equally as valuable to know the best player on the team who has put a massive amount of effort in and the coach who led the team through the season. The new coach, Joshua Hans, is our Math, Coding, and Robotics teacher who has been bowling since he was four. He, as many of our team members, is fascinated with bowling and is a part of the Bowling League at Shell Lanes. Because of his hard work, support, and motivation to go on, he made the team advance as far as they did. Joshua Hans worked with every single athlete on the team to make sure everyone received the help they needed and, generally, fixed the flaws of the team. Coach, not only advised players but also played with them, showing the correct techniques. (Just to mention, by doing that, he scored 300 out of 300 on one of his games, and thus, increased ambitions of winning in our team members.) 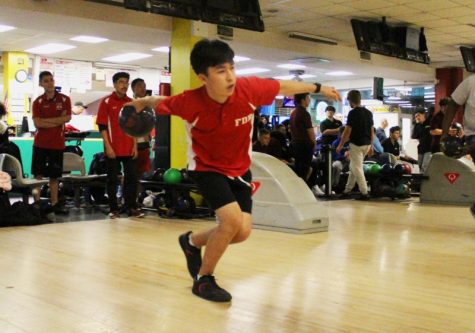 Furthermore, it is important to mention the captain and one of the best bowlers on the team, Jasur Abirov. He joined FDR’s bowling team in his sophomore year and has improved by approximately 62 average points. Every single game that Jasur plays, he takes it very seriously and concentrates on the mistakes he has made to improve his performance. Jasur became the captain of the bowling team, because he has shown the traits of an excellent player and the energy that he radiates encourages other players to do better.

Anyways, long story short, FDR’s Bowling Team came back strong and showed what truly means to be Cougars at FDR! 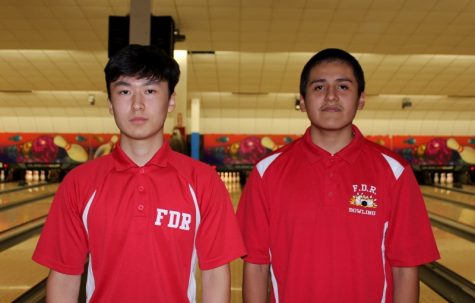