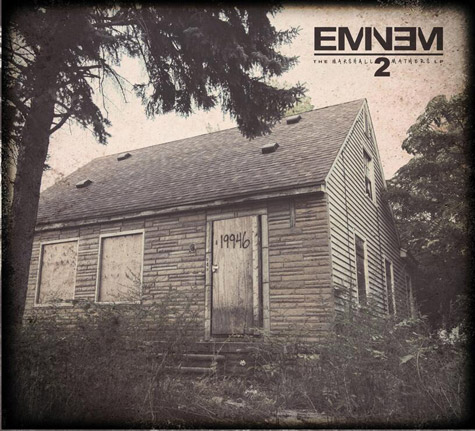 Every summer is marked by the new set of fashion statements, oversized sunglasses and the music that sets the mood for long summer days, late nights and adventures that started from one crazy idea. The songs through the summer set a theme that will last in our memories forever. Days, weeks and even years later, you accidentally listen to those few songs that instantaneously bring back those millions of great memories made during the summer of 2013. Many artists like Justin Timberlake, Kanye West, and Robin Thicke have become the playlist of this summer. But now summer is over, and school is back. Hopefully, it was as amazing as this school year is going to be. Not only is school back but so is­­– I hope you guys like some good hip hop– Eminem ya’ll! After releasing his very successful album Recovery in 2010, he had some time off, I suppose working on his most recent album that is said to be released on November 5th this year. The album is the sequel to Marshall Mathers LP which was released in 2000. The song title listings have yet to be released. Upon working on this album, he worked with the very talented Rick Rubin and sampled some old fashion hip hop songs- including Beastie Boys very own Fight For Your Right. So far, he has released the album cover (which is his childhood home) and one song off the album named Berserk, which has hit top song on the billboards already! I’m pretty excited for the album if I say so myself- hopefully you all are as well.